This winter was warming up to be one of the best yet. We were fortunate enough to be selected the winners of the Newschoolers Pilot Project contest and were given a contract to make six episodes documenting our season. We also partnered up with Northpull winches and could not be more excited to start getting after it in the streets. Unfortunately, it actually did warm up. The beginning of the season was more than lackluster. We continued to be teased by the weatherman with impending snow, only to be met with rain. Despite this shortcoming, it forced us to be creative to get more footage for the edits than just plain skiing. We tried something a little new, and something that is definitely going to take some adjustment. Have you ever been in a situation where you know everything you are supposed to do, yet you freeze up and nothing happens? That was how our interviews went. Seth and I took two days to complete the interviews on the Monona Terrace in Madison, WI. We were more than professional with our MacGyvered boom which was made out of a mic screwed to the end of a shot ski. Even with our best efforts all of the audio from the first day was ruined due to wind. If only you could have heard how much better our dialogue was on the first day. 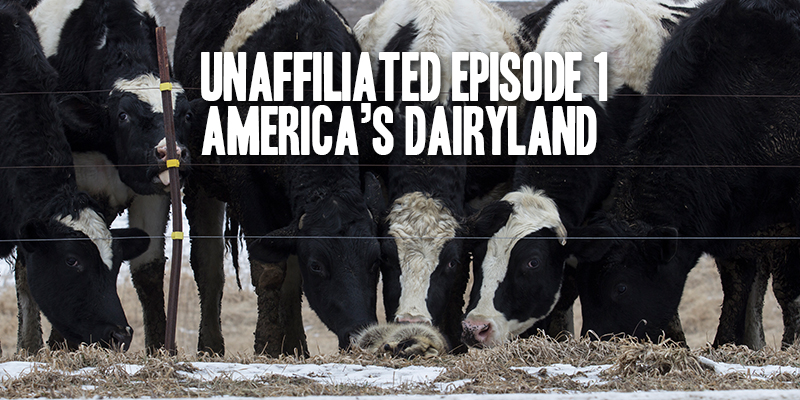 Our first days back skiing for the season were on a football sized patch of man-made snow at Tyrol Basin. Everyone and their mom flocked to the hill to get those precious pre-season rail hits while they could. After a few hours being outside on a brisk November day we were able to capture a few shots of us getting the feel for our tricks back under our feet. As the nights got colder and the Basin was able to blow some more snow, we were able to make up for clips while night skiing. Under the lights after a day of classes makes a Midwest skier more than motivated to get some shots. As long as you are filming it is that much easier to justify skipping out on the library and studying.


When it came down to crunch time to finalize the first Unaffilated episode, we realized we needed some more shots to make it enjoyable.
After much convincing, Seth was able to coax me into spending a day at Trollhaugen so that we could get a few quick laps on their rope tow. One of the Midwest’s best attributes, we were able to get a copious amount of bangers with the rope.
Now that we made this first episode work, we are gaining confidence for the rest of our future edits. Despite this rough start to the season, we are remaining positive and cannot wait for the snow to come! Finger’s crossed.
By Paul Marik